Next month, the Africa Center in Southwark will reopen its doors after a major overhaul by AJ 40 under the practice of 40 Freehaus.

The budding studio landed a job to create an ’embassy of optimism’ inside an existing building in the 1960s after a competition in 2019. Late last year, Merlin, director and co-founder of Feix & Merlin, toured the half-completed project with hands-on training. Director Jonathan Hagos for an exclusive sneak peek into the much-anticipated retrofit scheme.

What do you hope to achieve with the Behind Closed Doors films and this one in particular for AJ?
One of the original ideas for the Behind Closed Doors series was to showcase lots of different building types by many different types of architects: working from black leadership practices, LGBT+-led practices, and women-led practices, among others, to celebrate the diversity that already exists. In the profession – and how through representation that there is space for everyone in architecture.

This in particular is probably the first to actually start doing this, so it’s really important to me. The building we’re exploring is The Africa Centre, a London-based charity that celebrates Africa’s global diversity and diaspora, which has been renovated by Freehaus, a young, black-led, London-based foundation. This is the first film in the series where I hand it over to another architect – Jonathan Hagos, who leads us through the project. This episode was filmed by young black director Giovanni Edwards.

What audience did you like and what was the reaction?
Another major ambition of the series is to make the architecture more accessible – getting into buildings you wouldn’t normally get into. We sometimes forget how fortunate we are as architects, getting into buildings and sites that most people don’t have access to, especially those who aren’t in the profession. The target audience is really anyone interested in design, architecture, and the built environment. But by making films short and hosting them on YouTube and social media, I also hope to reach people outside the profession who may not necessarily know about it already.

The reaction so far has been fantastic. Movies are shown on all social channels including Instagram, Twitter, LinkedIn as well as TikTok. And the great thing is that you get instant feedback, comments and sharing. Some of the videos on TikTok got 10,000 views. It just shows that there’s a huge interest in this kind of thing and it’s really rewarding to have a role in it.

Can architecture films work on platforms like TikTok?
I always felt there was a gap in the way architecture is portrayed on TV – the only option was a feature-length documentary or a very lifestyle-oriented design program, neither of which was a perfect fit.

If you watched how young people are absorbing content now that everything is on their phones and all at a mile per minute while scrolling through different content, you just feel like there is nothing in this field that deals with architecture. So The Behind Closed Doors films are all short, no more than 6 to 8 minutes max, and simply explore spaces and places.

We edit each clip into smaller clips for social channels, eg 30 to 60 second clips for Instagram Reels and Stories. and 1-minute clips for TikTok and Twitter. The idea behind this is to take the content to where people are, so each mod is slightly different for each channel.

Who and what do you hope to cover in future films?
We will continue with the idea of ​​handing over to someone else for submission I think. The next project will be led by Julia Fix, who takes us on a tour of Feix & Merlin’s Walworth Town Hall project. We hope to explore more spaces related to other groups underrepresented in architecture. And there’s also something coming up that has an interesting focus on the LGBTQ+ community that we’re very excited about.

We’re also looking at ways we can relate to other great institutions – OpenCity, for example, which has access to some of the most interesting and interesting buildings in London and beyond.

We’ve made six movies so far, so hopefully we’ll call it a series now. But every film is independently funded at the moment, some by clients and some by other architects, so it’s all about trying to find the next opportunity together.

Has the industry captured the potential of cinema yet?
There is an interesting discussion about how we ostensibly present ourselves as a profession: more open and accessible. The movie is really a great way to do that. The film is more in depth, instantly appealing and makes it very easy to understand the size and shape. Lots of people use gifs

What’s your advice to anyone else hoping to make movies about their buildings?
Making a movie can be a bit daunting. It reveals a lot more than just a static image and can leave you feeling a little weak. I would say try not to think too much about trying to make it perfect or trying to be perfect yourself. Be yourself (you can’t be anyone else) and look to keep content simple and concise, authentically revealing the truth of spaces and revealing the real individuals behind the work. 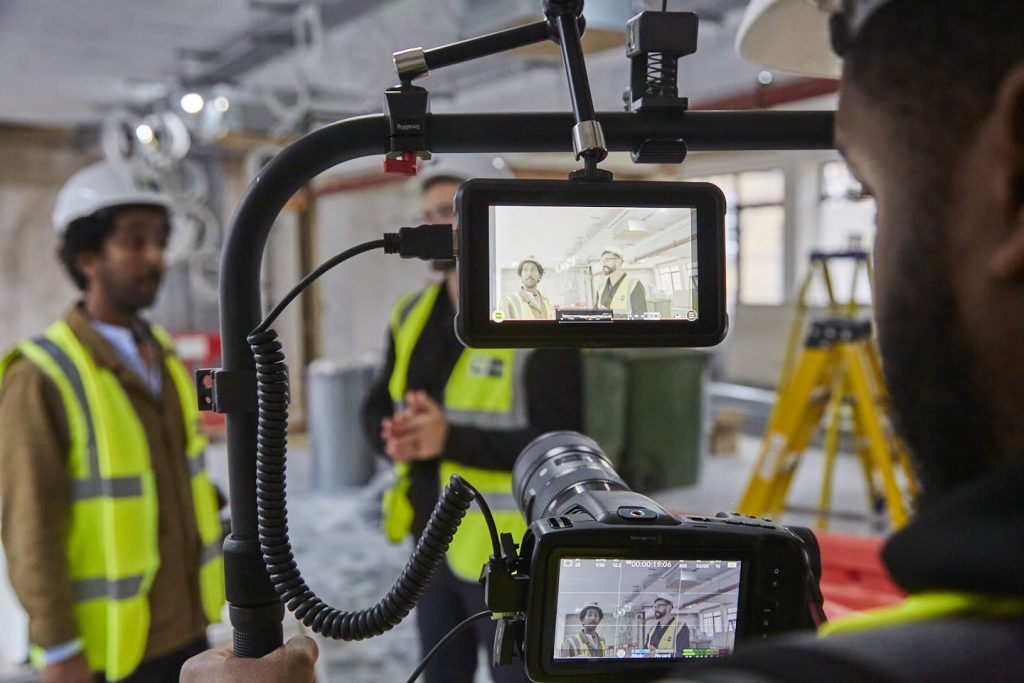