Written by Kenzi Devine for Mailonline

Hugh Bonneville has revealed that he believes the character Maggie Smith in Downton Abbey will “die between the movies” while opening up about her return to the big screen.

The actor who plays Robert Crowley in the period drama and its new movie, Downton Abbey: A New Era, appeared on Magic Radio Breakfast Friday morning to chat about the release of the new movie.

Hugh, 59, has also spoken out about rumors that this could be Maggie’s last acting – admitting that she says she ‘finished’ every time but always comes back.

While chatting, Hugh explained, ‘I thought she’d die between the movies honestly, but she’s there, she’s reappearing like a penny and she’ll just be right there as usual’

The actor also quipped that the 87-year-old star has “the best lines”, continuing, “Every iteration of the show is ‘This is the last time, I’m done’ and here it is again.

“She’s in great shape at this and as always she has the best streaks and we can’t be envious of her.”

Maggie previously announced that Season 6 of Downton Abbey, which ended up being the show’s final season together, would be her last — but she’s back for the big-screen sequel this year. 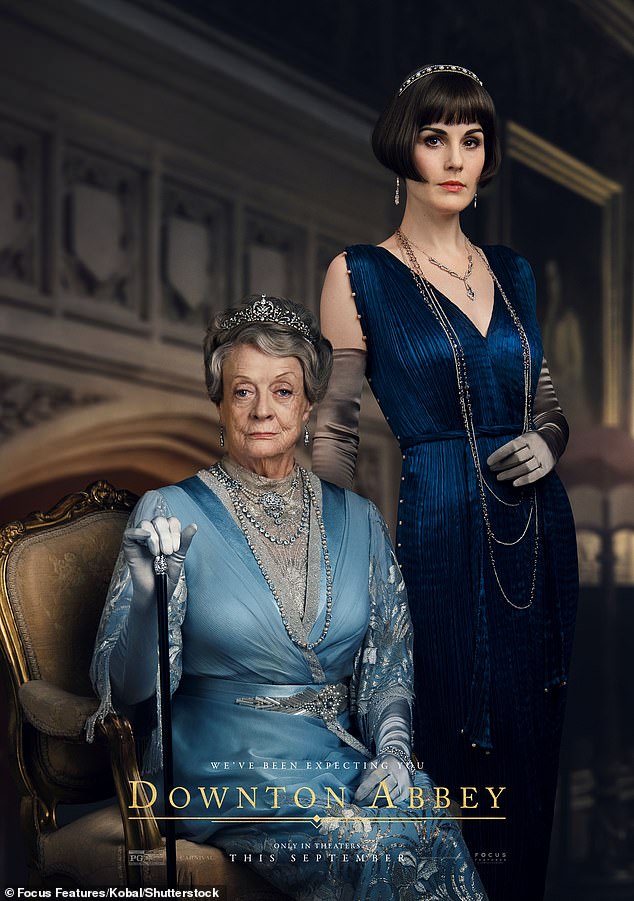 Again: Maggie previously announced that Season 6 of Downton Abbey, which ended up being the show’s final season together, would be her last — but she’s back for the big-screen sequel this year (pictured in 2019) 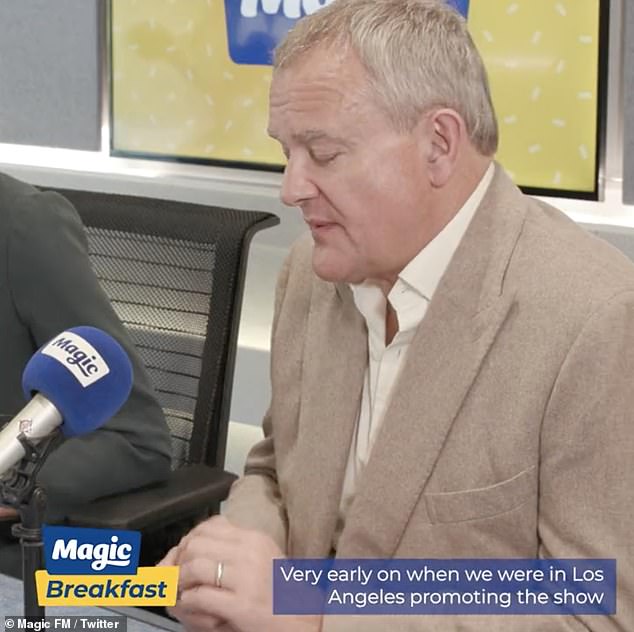 Promotion: Hugh, who plays Robert Crowley in the period drama and her new movie, appeared on Magic Radio Breakfast Friday morning to chat about the new release.

Hugh also shared some of his weirdest fan moments during the interview, admitting that one fan received a tattoo inspired by Downton – but got it wrong.

He explained: “There is a fan of Phyllis Logan, who was so likable with the housekeeper Mrs. Hughes that she had the keys that Mrs. Hughes had painted on her hip.

“And when she met Phyllis, she cheerfully showed her and Phyllis pointed out that she had gotten the wrong thigh.”

Co-star Elizabeth McGovern joined him in the chat, who plays Cora Crowley, as she streamed on the new sequel. 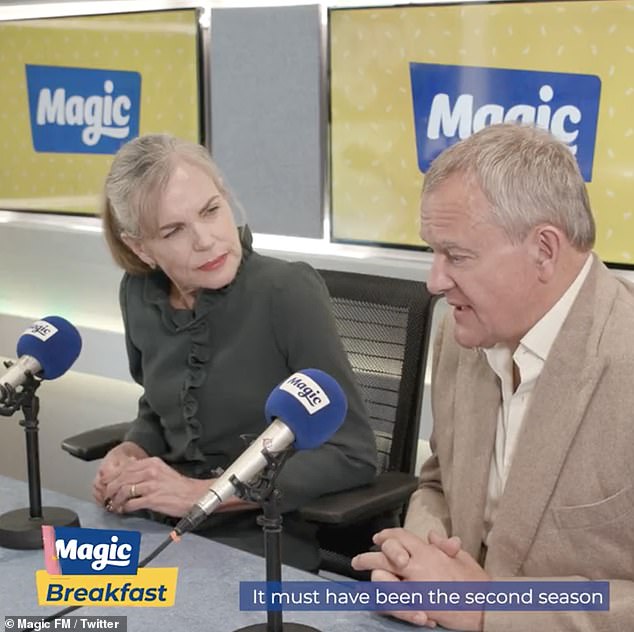 Co-stars: Co-star Elizabeth McGovern joins him for the chat, who plays Cora Crowley 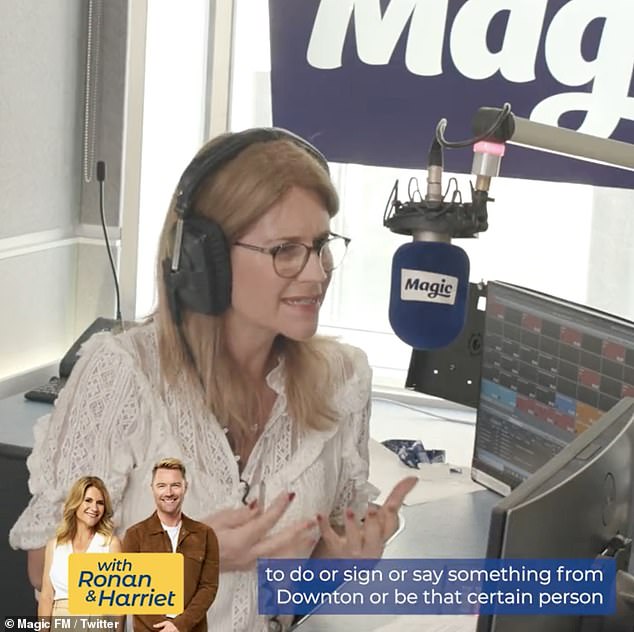 Dishing the Dirt: The duo also chatted with host Harriet Scott at the movie premiere and odd fan moments

She explained that she can sometimes feel “helpless” as an actress, but she was happy to see how much joy the film brought fans.

Speaking about how special the premiere was, Elizabeth explained: “I think it’s easy, especially for an actor to feel as though what you’re doing has no value because you feel so helpless about solving the problems of the world, probably everyone alive does.

“But on an occasion like this I see a happy look on people’s faces and I think very well that this has value because it makes people happy for a while and there is something important in that. So I try to reassure myself.

Downton Abbey: A New Era is in cinemas now. 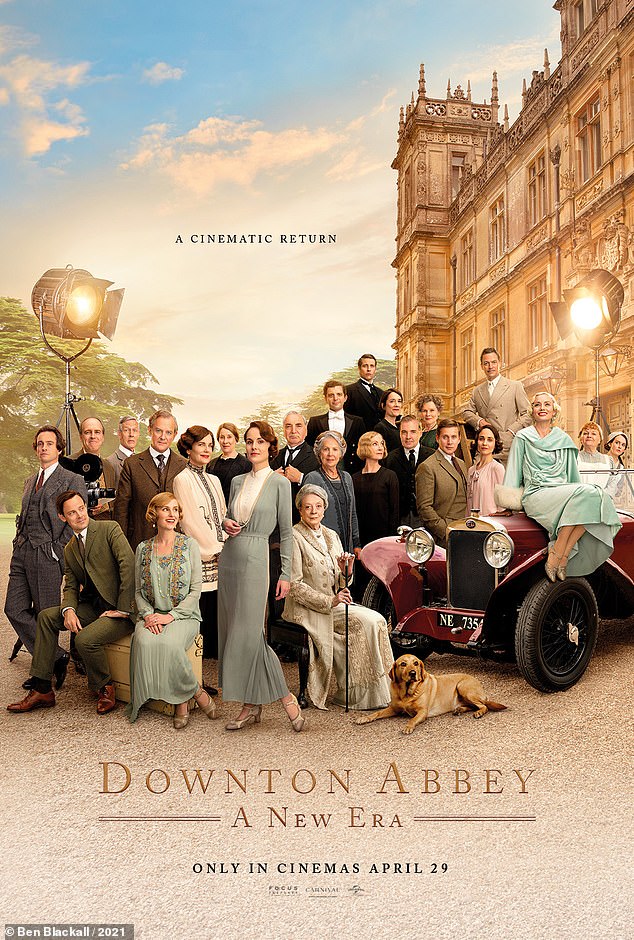 Out Now: Downton Abbey: A New Era is in cinemas now, as the movie shows the brooding star heading to the south of France in the much-anticipated sequel.